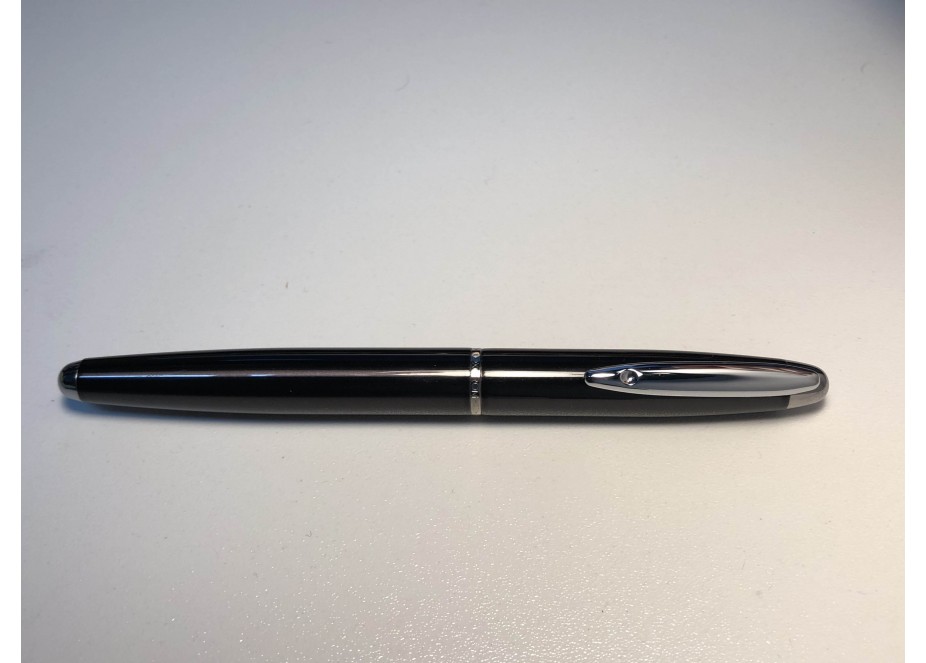 A very long-lived model. In a propaganda of the brand it is indicated that its launch was in 1993, although it was limited for many years only as a pencil and mechanical pencil, and exclusively in Metal and Metal/Gold version. But let us remember that also in the "City Collection", the middle class to which the Zeppelin belongs, is the indisputable matusalén of Inoxcrom: the ballpoint pen "55". It is not surprising, because the pen type writing represents the bulk of the production by demand.

It wasn't until 2002 that the two remaining types of writing, fountain pen and roller ball, were finally launched, and in addition it does it with an additional version, called FLASH, which is atypical in Inoxcrom to maintain its name, despite having been changing the colors offered, until 2010-11 saw the emergence of the STILISH series, very much in the current trend of IXC to change only two colors, thereby justifying a new version in everything the same.

In this case they went even further: the Zeppelin ascended to nobility, being classified in the "Excellence Collection". It will be up to the ladder.
The Pen

We choose the Metal / Gold model to present a chubby, tapered pen with very ovoid shapes. It feels comfortable in the hand because it has no edges.

The clip is inherited from the ID, and only in this model has received the golden color. It often lacks the badge of the sunken circle.

The rest of the pieces are of new design.

The cap, closing by click, receives the clip at its end, and is held by an ogival plug perfectly adjusted to the diameter of the cap and its inclination, so that almost no discontinuity is noticed.

The cap skirt has no marking of any kind.

The body, of continuous curvature receives in its end another cap of similar characteristics to that of the cap, although here the discontinuity of the diameter is perceived more.

At the front, it is finished off with a stepped polished steel bush that is engraved on its outer diameter. "INOXCROM (rhombus) SPAIN (rhombus) INOXCROM (rhombus)", then a truncated conical zone for the adjustment of the cap, and is internally threaded to accommodate the section.

The triangular Nozzle, which was released for this model, although it has had more subsequent uses, is in black plastic, with a rear threaded projection that makes a sleeve unnecessary, and which accepts internally the universal cartridges that make up the loading system.

It admits two short (one inverted reserve), one long, or a standard converter.

The nozzle at the front passes quickly from the triangular to the round section that forms the click lock.

The nib-feeder set is the small Inoxcrom nib, brought from the SAKYO model. The nib was always finished in steel for this model, and in type of writing "M", although with tolerances.

The Metal and Metal/Gold models have remained unchanged throughout the life of the model.

The FLASH series has been one of the brand's most durable, with no changes in the pieces, although it has been changing its colour palette which, by the way, has always been spectacular in its solid (neither marble nor marbled), brilliant and metallic tones.

The color is only applied in body and cap, keeping the trimmings in chromed polished steel.

In 2003 the Black and Blue Shine appears, and the Electric Blue disappears.

In 2006, Acqua Blue was added and the Azul, Violeta and Gris Piedra were removed.