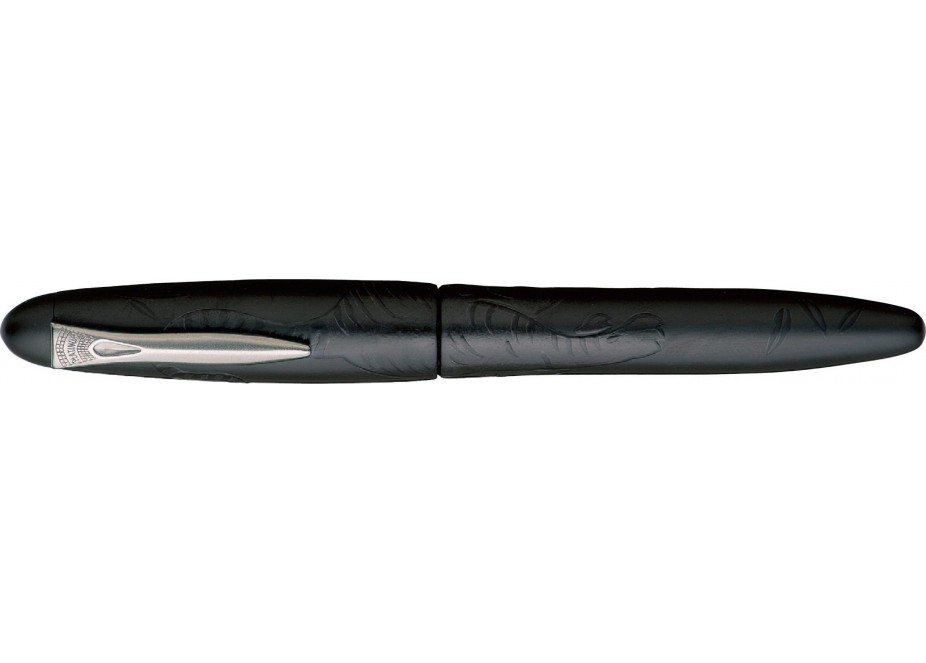 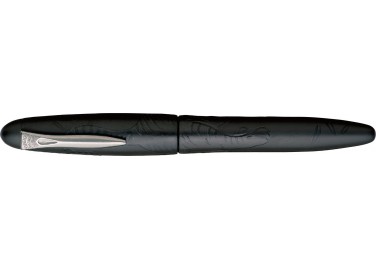 Shunichi Nakata, the founder of Platinum Pen, launched the Izumo series in 2010 with the help of local craftsmen and the cooperation of officials from Izumo City in Shimane Prefecture. The name was chosen to acknowledge the birthplace of the founder. We are now launching “Shikkoku Chikuringunkozu” (tiger in the bamboo forest), adding to our Izumo series shikkoku collection, following last year’s release of “Kurikara-ken.”

Gunkozu is a panel painting, believed to be the work of Tanyu Kano, in which tigers in a bamboo forest are drawn dynamically and with a unique style. On this fountain pen, a tiger with crossed front legs emerging from the bamboo forest is used as a motif.

It is a fountain pen that embodies refined Japanese traditional craftwork, as the image of the tiger becomes glossier the more it is used.

Originally the tiger was presented, through images and books, as one of the Four Divine Beasts from China. It was considered a legendary creature since it was never seen in Japan. Due to its powerful image, the tiger has been favored by warriors since ancient times as a symbol of strength. Its likeness was also featured as decoration on buildings and armor.