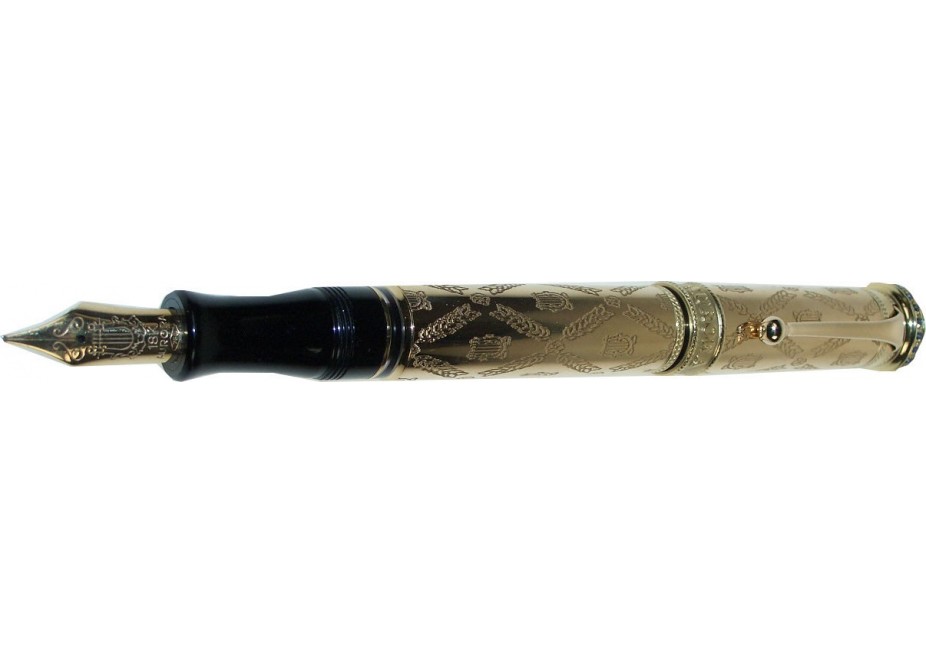 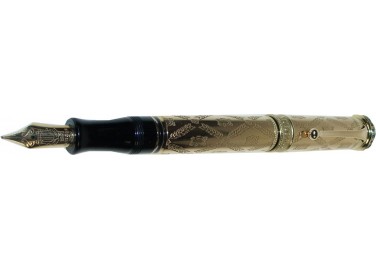 Diamond on the clip.

Diamond on the clip.

Montegrappa honors opera maestro Giuseppe Verdi with limited edition bicentennial pen. “True beauty is recognizable in every language and land, and Giuseppe Verdi moved the world with his music, which is still ingrained in our popular culture today,” comments Montegrappa CEO Giuseppe Aquila. “Working in concert with the renowned Superintendency of il Regio and Designer Maurizio Cavazzuti, Montegrappa is honored to craft a masterpiece for the hand worthy of honoring Verdi on his 200th birthday.

The barrel of the limited edition Giuseppe Verdi pen is formed out of a dignified black resin offset by a striking rhodium trim. The cap’s top is engraved with the Montegrappa logo with a tri-color accent representing Italy. An intricate laser engraving on one side of the cap elegantly bears the likeness of Giuseppe Verdi’s face. The composer’s expressive signature adorns the opposing side. The band on the lower portion of the cap denotes the commemorative dates of 1813-2013, finished with the inscription Bicentario (Bicentennial).

In homage to the year of Verdi’s birth, the number of pens crafted for the special Montegrappa limited edition will be 1,813 in total. Of those, 350 will be fountain pens, and another 650 will be roller ball, and the remaining 813 will be twist-action ballpoint pens. A cartridge-con­verter filling system is fitted to the fountain pen edition, along with a striking rhodium plated 18K gold nib. As with all Montegrappa limited edition series, the Giuseppe Verdi pens are presented in a stately box, perfectly suited to house the opulent writing instrument.