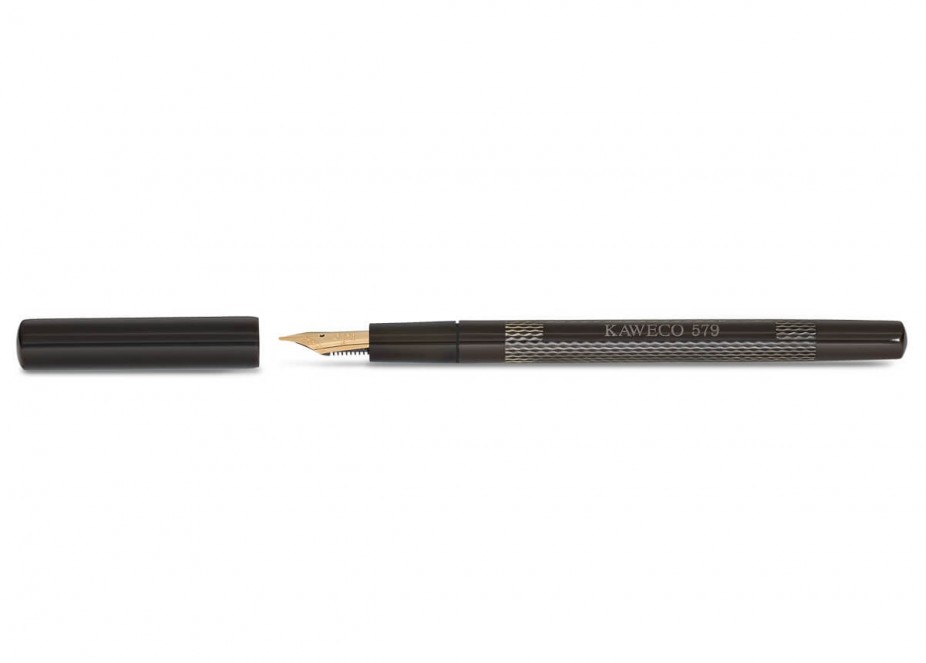 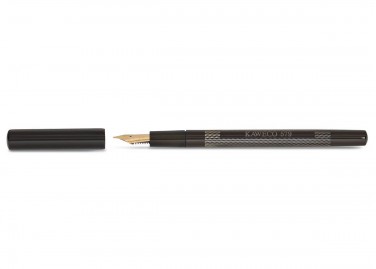 The term EYEDROPPER describes the filling mechanism of the early years.

Around 1900 the former fountain pens, slim pens with put-on cap, used to be filled by means of a pipette for eye drops.

The Kaweco EYEDROPPER 1910, as well, is a slim, elegant model made of noble black hard rubber with a 14 carat gold nib, which follows the tradition and design of the EYEDROPPER of 1910.

Once more Kaweco succeeded in combining the writing feeling of the turn of the century with modern technique and the safety standards of a fountain pen for ink cartridges.

The Kaweco EYEDROPPER 1910 has been produced in a limited edition of 800 pieces.

The noble hard rubber barrel is decorated with a lavish guilloche engraving and single numbered.

The EYEDROPPER comes in an exclusive bookcasket, printed with nostalgic Kaweco motives of the 1910‘s, with a genuine leather pouch and 6 packs of Kaweco ink cartridges.

Kaweco was founded in 1883 and became an innovative pen manufacturer over time. Vision and untiring efforts, with love and passion for details and the products, made Kaweco famous worldwide.