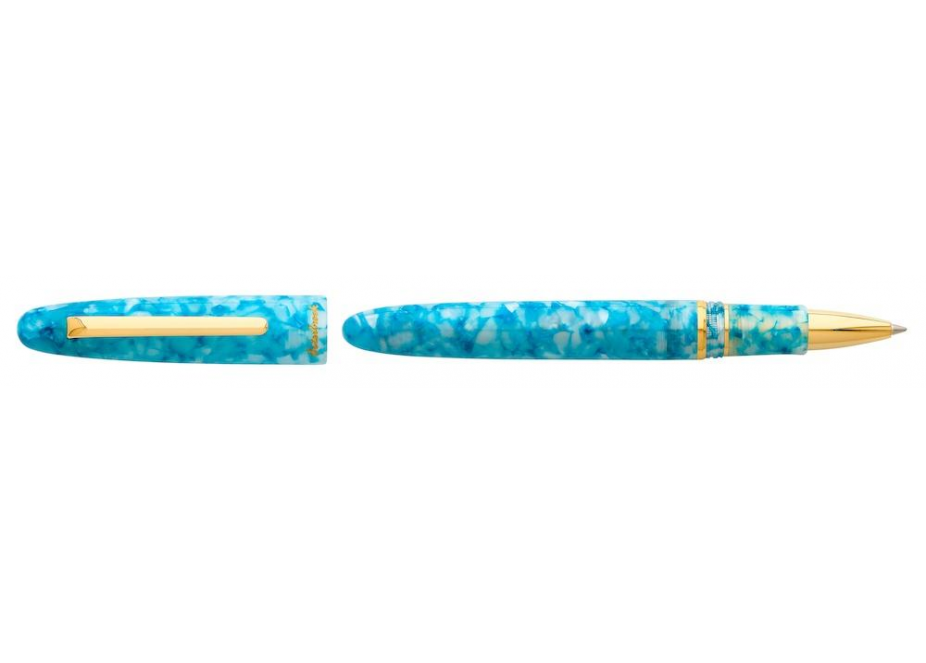 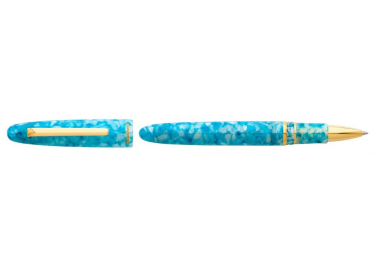 We are pleased to introduce our newest Esterbrook special edition, the Esterbrook Estie Aqua.

As Richard Esterbrook was setting up shop in the 1850’s in Camden, New Jersey, perhaps the greatest book about the sea ever written was in its first printing: Moby Dick. And while there is nothing in the records to show that Herman Melville had an Esterbrook pen when he was writing his tale, thousands of books about the ocean have been written before and since, so surely some of them must have been penned with an Esterbrook. The Aqua Estie is a new daily writer to celebrate iconic writers, like Melville, John Steinbeck, Ernest Hemingway and even William Shakespeare, all of whom put pen to paper to dispel the mysteries of the oceans.

The spirit of the sea has been described by these and so many other writers, in song, soliloquy, fiction, memoirs, odes and asides for as long as there have been these words: vast, tranquil, placid, peaceful, ethereal, and dazzling for a start. These boundless and infinite expanses conjure up as many feelings and images as there are words for them: crystal clear waters in every shade of blue surrounding majestic islands, the smell and taste of a salty, briny ocean, the sparkling caps of undulating waves, lazy days spent seeking shimmering shells and building monumental sandcastles and the waning light of the sun as it sets over the water in a symphony of color.

The Estie Aqua embodies all these words and experiences in a writing instrument. Its acrylic captures the mother of pearl luminosity of shells and the technicolor hue of deep, aqua waters. It is available as a Standard or Oversized gold-trimmed fountain pen. The Estie Aqua is also available as a rollerball or ballpoint pen.

The Estie Aqua pens are available in limited quantities, which will disappear as swiftly as the tide.

“There’s magic in the water that draws all [people] away from the lands, that leads them over hills, down creeks and streams and rivers to the sea. -Herman Melville

The Esterbrook Estie is a comfortably balanced fountain pen in a complete range of points for the way you write. It is available in a variety of standard nib sizes: extra fine, fine, medium, broad and 1.1 stub.

Our nibs are specially manufactured for us in Germany by Jowo.

The material is a blended and turned marbled aqua acrylic with a high-polished finish.

A cushion cap closure provides a secondary seal to ensure a wet point.

Ink is filled by a cartridge of ink or a converter, which acts like a syringe to draw ink from a bottle.