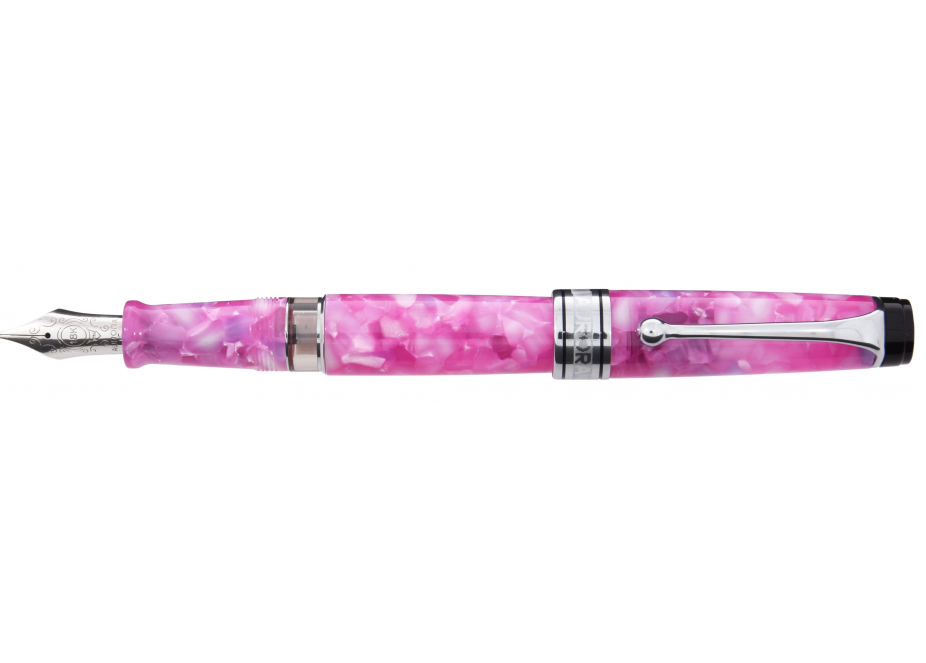 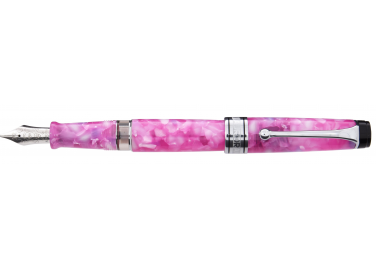 CALEIDOSCOPE is the new creation of Aurora for its Optima model in the limited version. It is inspired by the wonderful invention that allows playing with the reflection of the mirrors introduced in a tube. As its previous model, Luce Blu, includes several new features that differentiate it from the rest of the Optima collection and make it even more attractive.
For this new edition, we see that the dominant color will be a bright pink, mixed with flashes of light blue, covering the body made of auroloid.

The classic black Optima grip, this time, is mounted in the same color as the rest of the body. In addition, the lacquered ring is also different from the rest, all this makes this Limited Edition of 860 pieces even more special, a number based on the year that the Kaleidoscope of Debus appeared, 1860, which has served as inspiration for this model.

It is expected to be as successful as its predecessor model, Luce Blu, which is already completely sold out in Italy. There are a reduced number of pieces for each territory, so don't wait to reserve it.